skip to main | skip to sidebar

IA State Fair in the hizzie

Charmed and I took the girls to the KY State Fair last weekend. It was nice and all, but it can't hold a candle to this...

My Old Navy jeans were made in Pakistan. Damn you bin Laden!!!
Posted by Dunnski Love at 3:07 PM 1 comment:

You know why I never post here anymore? It's because on those rare occasions I have something to say, I say it on http://www.hothotjapanhot.com/. Some restrictions apply. See store for details.
Posted by Dunnski Love at 8:45 AM No comments:

An eye for a guy

I'm not sure what your feelings are about the death penalty. I don't even know who is reading this, which makes the first sentence rather pointless. But if a man PULLS OUT HIS OWN EYEBALL AND EATS IT, then perhaps he is not mentally competent enough to be executed. I'm just sayin'.

HOUSTON – A Texas death row inmate with a history of mental problems pulled out his only good eye and told authorities he ate it. Andre Thomas, 25, was arrested for the fatal stabbings of his estranged wife, their young son and her 13-month-old daughter in March 2004. Their hearts also had been ripped out. He was convicted and condemned for the infant's death.

While in the Grayson County Jail in Sherman, Thomas plucked out his right eye before his trial later in 2004. A judge subsequently ruled he was competent to stand trial.

A death-row officer at the Polunsky Unit of the Texas Department of Criminal Justice found Thomas in his cell with blood on his face and took him to the infirmary.

Thomas was treated at East Texas Medical Center in Tyler after the Dec. 9 incident. Then he was transferred and remains at the Jester Unit, a prison psychiatric facility near Richmond southwest of Houston.

"He will finally be able to receive the mental health care that we had wanted and begged for from day 1," Bobbie Peterson-Cate, Thomas' trial attorney, told the Sherman Herald Democrat. "He is insane and mentally ill. It is exactly the same reason he pulled out the last one."

At his trial, defense lawyers also argued he suffered from alcohol and drug abuse.

Thomas does not have an execution date.

The Texas Court of Criminal Appeals in October upheld his conviction and death sentence for the death of 13-month-old Leyha Marie Hughes. Also killed March 27, 2004, were his wife, Laura Christine Boren, 20, and their son, 4-year-old Andre Lee.

Thomas, from Texoma, walked into the Sherman Police Department and told a dispatcher he had just murdered the three and had stabbed himself in the chest.

Thomas told police how he put his victims' hearts in his pocket and left their apartment, took them home, put them in a plastic bag and threw them in the trash.

Court documents described the three victims as having "large, gaping wounds to their chests."

Tuesday summed up in 4 pictures

Same As It Ever Was 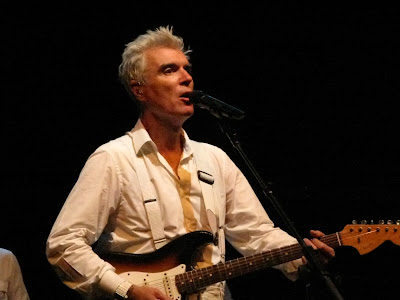 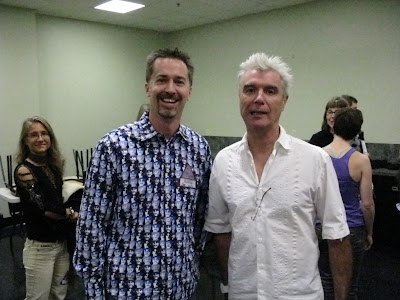 Quiet for so long...

Sorry I have failed you, my faithful reader. I am taking requests. What shall I write about? Fiction? Free-verse poetry? Political ramblings? Funky fresh dance move diagrams? Lemme hear it.
Posted by Dunnski Love at 4:41 PM 3 comments:

is scheduled for 4:15 today. Please, please, PLEASE, buyer of my house, don't ask me to throw out that blue recliner in the attic, or all of those paint cans in the basement.

Because I am tired, and busy the rest of the week (we close on Friday), and I really don't want to find a home for 17 half-empty paint cans.

Thank you for your consideration.
Posted by Dunnski Love at 10:08 AM 5 comments:

Blogs that make me go hmm...

Dunnski Love
To know me is to know me.